Many times we end up battling “SharePoint Profile Synchronization” (aka: “FIM Sync”) for a while before we realize that “SharePoint Active Directory Import” (aka: “AD Import”, aka: “ADI”) was a better fit all along.

Why switch? Or for new farms, why go with AD Import?

“SharePoint Active Directory Import” (“AD Import” from here on) is the preferred and recommended user profile import mechanism for SharePoint 2013 and above. In fact, in SharePoint 2016, the “FIM Sync” option no longer exists, so if you’re on SharePoint 2013 and still clinging to FIM Sync, you’ll need to start looking into either AD Import or an external identity manager like “Microsoft Identity Manager” (MIM) 2016.

Here are some really good reasons for using AD Import:

It’s not a free meal.

To be fair, AD Import is not for everyone. There are some configurations where AD Import just doesn’t have the ability to meet some profile import requirements, and therefore you must use FIM Sync (or an external identity provider if you’re using SharePoint 2016). The list of those drawbacks is in the “Situations unsupported by AD Import” section here: https://docs.microsoft.com/en-us/SharePoint/administration/configure-profile-synchronization-by-using-sharepoint-active-directory-import

There are a number of things listed there, but we’ve found that the primary limitations that cause customers to go with FIM Sync are the following:

We’ve found that the profile picture one is a major hang-up, but there are alternative solutions:

Important: While it’s perfectly ok to switch an existing UPA from FIM Sync to AD Import, I strongly recommend disabling the My Site Cleanup Job (timer job) until you’ve run through a few AD Imports and are happy with the results.

Good for you. However, AD Import does work a bit differently, so here are some additional considerations. — These are not necessarily “drawbacks”, just differences to be mindful of.

Lets talk about that last point a bit more.

If you have a lot of domains, that initial setup can be a bit painful. To add to that, any custom profile property mappings you create must be done per-import connection. This means that if you have 10 domains and 10 custom mappings you want to make, you’re making 100 total mappings. Ouch. But… once again, PowerShell is your friend. While there isn’t a great way to use PowerShell to create the import connections for SharePoint on-premise environments, you certainly can (and should) use it to create any custom property mappings.

There are several examples out there showing how to create AD Import connection property mappings, but I found that none of them really accounted for handling multiple mappings or multiple import connections, so I wrote one.

A couple of notes about this script:

Here’s what an example input CSV file looks like:

Note: The first row (ad,sharepoint) is a “header” row and should be left as is. The additional rows hold the name of each AD attribute and then the comma-separated name of the SharePoint profile property you want to map it to.

Forefront Identity Manager 2010 R2 SP1 and SharePoint Server 2013 has introduced the ability to leverage FIM for User Profile Synchronization with Active Directory, versus the built-in version of FIM included with SharePoint Server.

You will need a few Domain accounts. An account to run the FIM Service (s-fim), an account to run the FIM Management Agents (s-fimma), the SharePoint farm administrator account (s-sp2013farm), and finally a synchronization account for Active Directory (s-sp2013sync). For the last account, this guide will be using the same account as the one used for the UPA connection. Configure the permissions appropriately for s-sp2013sync.

Provision the UPA and UPSS per the standard instructions. Once both services have been configured, stop the FIM services on the SharePoint server and set them to Disabled. In the UPA under Configure Synchronization Settings, you have Enable External Identity Manager selected.

The FIM server will run SharePoint Foundation 2013, the FIM Synchronization Service as well as FIM Service and Portal, along with the SharePoint User Profile Connector.

Enter the hostname of the FIM Service server. We’re installing the Portal and Service on the same server, so again we’ll use “FIM02” here.

Enter the hostname of the Synchronization Service, along with the Management Agent account.

Enter the mail server information. Since we’re just after synchronization, the remaining options are unchecked (leaving the polling option checked, if not configured properly, will generate Event Log warnings).

The next step is to use the FIM client and FIM Portal to set up our Management Agents, Synchronization Rules, Workflows, and Management Policy Rules. This will cover the basics required, but you will want to adjust the attributes used and users targeted based on business requirements. Lastly, this will only cover User objects, but Contact and Group objects are also available for synchronization.

First, let’s add a new attributes that we’ll use. Using the Synchronization Service client, under the Metaverse Designer, select the person object type. Create one attribute:

Next, create the Management Agents. Create a new Active Directory Domain Services MA. Go through the Management Agent, enter the appropriate information. For the username to connect to AD DS, specify the same account used for the User Profile Application connection (e.g. s-sp2013sync). Select the Directory Partition as well as specify any Containers (or all Containers) you want to synchronize objects from. Under object types, make sure at least User objects are selected. Under Attributes, select: 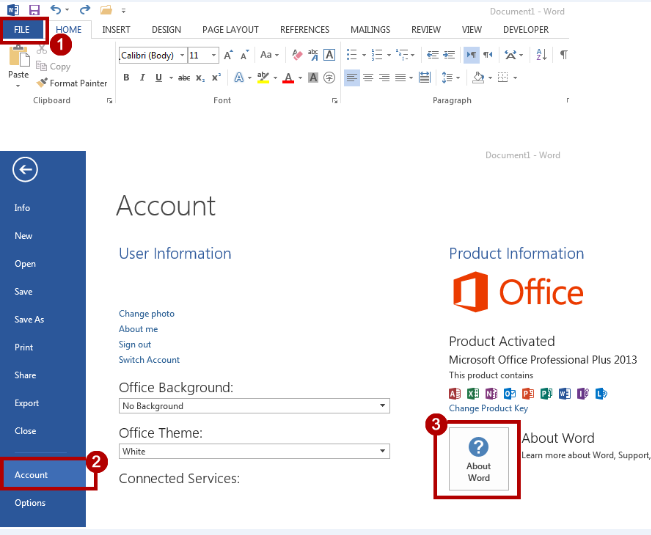 Under Object Types, make sure the Person, and optionally Group, object type is selected. All Attributes should be selected. Configure the Person Object Type Mapping to map from “Person” to “person”. This is the only Management Agent where we will configure the Attribute Flow. In this example, the flow is configured with these values:

The last Management Agent we will create is the SharePoint Profile Store Management Agent. Under Connectivity, specify the hostname and port number of the server running Central Administration. Enter the domain credentials of the SharePoint farm administrator account. For the picture flow directly, we are going to select “Export only (NEVER from SharePoint)”. This will flow pictures from Active Directory to SharePoint. Select all 3 Object Types. This Management Agent will throw errors when attempting to synchronize with SharePoint if any of the object types are left deselected. On the Attributes, select at least the following:

You may also add other attributes, such as WorkEmail, WorkPhone, and so forth. This example will use some of these other attributes later in the Synchronization Rules. Complete the SharePoint Management Agent.

If you export pictures from Active Directory to SharePoint, make sure you run the following on the SharePoint server:

This completes the Management Agent setup.

The next step will be to leverage the FIM Portal to configure the Synchronization Rules. In our example, navigate to http://fim02/IdentityManagement. In the left hand bar, click Administration, then Synchronization Rules. Create a new rule. This rule will be for Active Directory Import. Provide it with an appropriate Display Name. The Data Flow Direction is Import. Set the Scope options for the Metaverse Resource Type to “person”, using the Active Directory Domain Services Management Agent, and the External System Resource Type of “user”. Create a Relationship of accountName equal to sAMAccountName. Select the option to Create resource in FIM. Create the following Inbound Flows:

Complete the creation of this particular Synchronization Rule. Next, create an outbound Synchronization Rule for SharePoint. Provide it with a Display Name, set the Data Flow Direction to Outbound, and Apply Rule to “To specific metaverse resources…”. Under Scope, select “person”, the SharePoint Management Agent, and “user”. Here we’ll set the Relationship to sAMAccountName equal to UserName. Select the options to Create resource in external system and Disconnect FIM resource. For the Outbound Attribute Flow, configure the flows similar to this:

Note: If you set the Synchronization Rule to Apply Rule “to all metaverse resources of this type…”, you can skip creating a Workflow, MPR, and Set. However, you do lose further flexibility by doing so. For standard import purposes, this flexibility is likely not required.

Next, create a Workflow. On the left, under Management Policy Rules, select Workflows. This workflow will be used to export objects into SharePoint. Name the workflow appropriately. Leave Run on Policy Update unchecked. For the Activity, add a new Synchronization Rule Activity type, then select the SharePoint Management Agent, and select Add as the Action Selection. Save and exit the workflow.

The last step of the process is to run the Management Agents. Run them in the following order:

On subsequent runs, use the following order:

If there is a change in the Management Agent rules, re-run the initial synchronization. On the Configure Run Profiles window for each Management Agent, you can Script each run profile to VBScript. This will allow you to create a scheduled task to execute the run profile automatically.

That is all there is to it. Note that when upgrading SharePoint (Cumulative Update or Service Pack), you must re-provision the User Profile Synchronization Service, then stop it again. This is required in order to update the User Profile databases.

Leveraging FIM as your Identity Manager will allow you to create more complex business rules, as well as import from a variety of sources not supported directly via SharePoint, or write your own custom code for import purposes.

Here are some helpful articles on FIM synchronization:

We have recently uncovered an issue that affects this Service Pack 1 package and that may prevent customers who have Service Pack 1 from deploying future public or cumulative updates. Therefore, we have deactivated this update. A new update is released to resolve the issue and can be found at KB 2880551.